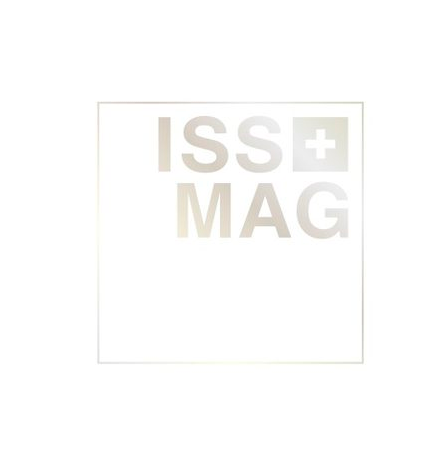 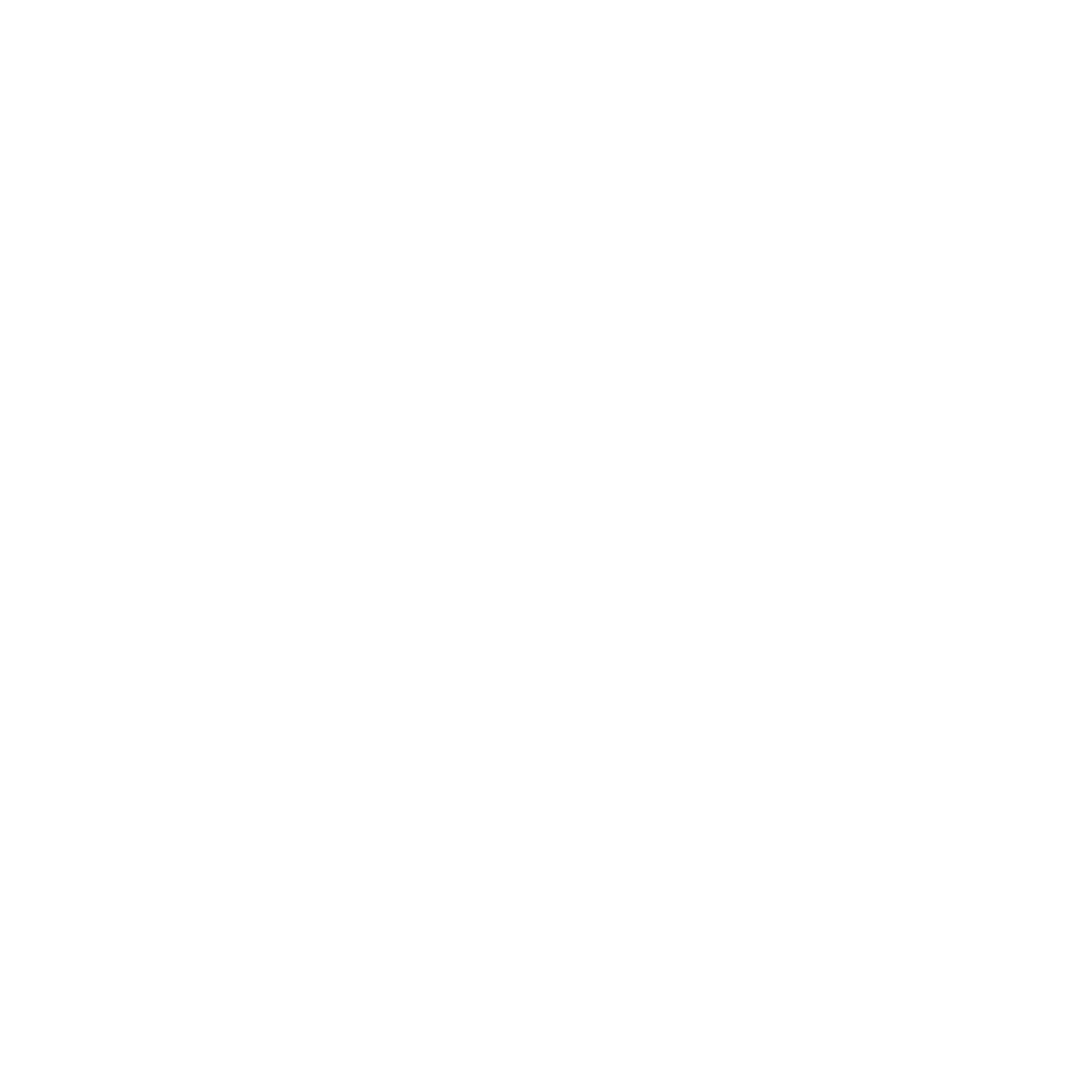 "Planned obsolescence" is an international exhibition project bringing together 15 leading young Russian and foreign artists who explore issues of identity formation, impact of technology on human body, and changing attitude towards the concepts of corporeality, materiality, aesthetics and beauty. Artists are questioning the way modern world makes us approach our bodies, and how digitalization, virtualization, and new means of communication affect changes in our perception of our own bodies, physical and material world.

A functioning ultrafuturistic fitness club in the center of Moscow was chosen as a place for research of modern accelerating aesthetics and the actual philosophical ideas of the theoreticians Paul Preciado and Stephen Shaviro. The artists of the exhibition were invited to create new works for the exhibition held in the spaces of the high-tech fitness center remotely in an "accelerated artistic production" mode. The period of production for this show was limited to a period of one week – artists had to work in between their other exhibition projects and commitments scheduled for this summer, during their flights between countries, on the run. Thus, the self-imposed condition for creating of the art works for the show became a commentary to the essence of the contemporaneity and the category of time as such which are currently undergoing revision, largely due to the concept of post-contemporaneity and a speculative time-complex proposed by philosophers Armen Avanessian and Suhail Malik.

The title of the exhibition refers to "planned, dynamic, or built-in obsolescence" which stands for creation of a product with an unjustifiably short life span with the aim of forcing the consumer to make a repeat purchase. The process was first developed in the 1920s and '30s with the advent of large-scale production, when each and every minute of the production process came under scrutiny.

When analysing the contemporary situation of technological overproduction of developed capitalism, it is easy to spot the penetration of planned obsolescence tactics into the very fabric of our age. Concern over obsolescence is a feeling that penetrates and conditions our behaviour, way of thinking, purchasing power, and relationship to self, to our external appearance and identity. The obsolescence of the latter is perhaps pushed even harder than in the case with material goods, that barely manage to replace one another in the endless cycle of renewal. Accelerated capitalism, market forces and technological progress, all demand rethinking of our relationship towards radical innovation.

Since the end of the XIX century the classical idea of the body as a territory where the "I" reigns, is being destroyed. Gradually the awareness of body's control by society is becoming more important. In this new perspective of culturalism body was perceived as a construct, as a balance established between the internal and the external, between the flesh and the outer world. Compliance with the rules, daily work on the appearance, elaborate and complex rituals of interaction between people, the limits of freedom in the context of conventional style, behavior, prescribed postures, attitudes, comportment, demeanor and way to move around – that's exactly how the "production" of body by society looks like. What makeup to wear, how to paint yourself, how to dress, which tattoos to make and even how to mutilate themselves – all this becomes a sign of recognition of a gender, age group, social status, or of a desire to buy it. Even the violation of these laws reports a lot about the power of social and ideological contexts.

Vague boundaries between the body-subject and body-object, between the body of the individual and collective body, between the concepts of internal and external have been refined and complicated in the 20th century due to the rapid development of psychoanalysis. By and large, the body is just a convention, a set of mental representations, unconscious image that is created and then recreated in a different way by social discourses and symbolic systems.

Never before the human body knew the kind of change which could compete in its scope and depth with what happened to a body during the XX century. The uniqueness of the existence of the body in the XX century is defined by the ways it has been observed, many of which have been unprecedented. Never before the body has been so subservient to medical imaging technology. Never before an intimate, sexual side of the body has received such close attention. Never before our visual culture has known equivalents of images of violence against the body in a war or in a concentration camp. Never did the spectacles, the object of which it was, produce such a revolution like modern painting, photography, and cinema.

Talking now about the body, the physical "I" and identity means to raise the anthropological question of human nature. In an era when virtual bodies are spreading rapidly, when visual study of living organisms becomes deeper, when it's common to share your blood and organs, when life reproduction is programmed, when plenty of implants erases the border between mechanic and organic, when genetics are getting ever closer to the individual replication capabilities, and the ideas of post- and trans-humanism become reality, it becomes more necessary than ever to explore and test the boundaries of what it means to be human: "Is my body still mine?" In somato-, techno- or biocapitalism the body is no longer integral, but is fragmented and penetrated by new technologies that, in Preciado's parlance, are "soft, featherweight, viscous, gelatinous." Can artificial be beautiful? Does one need to change the body to change himself? And what will these changes provoke?

The opening will be held on July 9th with specifically designed performances by 3 artists:

Physical training for performers is as basic of a need as is training camps for athletes. Stage presence can only be achieved through continuous training of the body. The actor must not only be in good physical shape, he needs to fully monitor a complex set of reactions, and constantly avoid automatism. There is no simulator to hone these skills, so the only way to train is acting improvisation.

The participants of VASYA RUN, who in their practices strive to create 'perfect communication', develop self-consciousness and self-exploration, have repeatedly used such techniques as dynamic immersion, work with body and voice, breathing techniques, concentration exercises, attention management, classical stage training. For the exhibition the performers will try to work in front of a mirror for the first time during their performance ("Training", 60 min) – in addition to the internal censor, who is continuously judging whether the momentum is genuine or copied, an external factor will emerge. Performers (Dmitry Zashchepin Denis Karpovich) will observe themselves from the outside, thereby complicating the task. Despite the search for actor's freedom, borders, however, remain strictly defined by tasks: disclosure (plasticity training, improvisation to given music, warming up wearing headphones), management of physical force (principle of negation, search for the contradirectional gesture), presence (exercises from the series "me alone"), tuning to single body breathing, withdrawal of protecting reaction (fights based on trust, without use of direct force), becoming one whole body (contact improvisation).

In her artistic practice Maria Gorodeckaya explores formation of gendered bodies; body as a platform that enables materialization of political imagination. "Gender", "sex", "sexuality", "sexual identity" and "fun" are subjects to the control of political forces. According to philosopher Paul (Beatriz) Preciado, who reflects on the reality of pharmacopornocapitalistic era, its control operates through the new dynamics of advanced techno-capitalism, global media, and biotechnology. Fitness centers, located in the heart of the process of body forming, provide numerous ways of self-improvement through diet, exercise, psychological trainings. The work of Gorodeckaya poetically combines symbols of the era: whey protein, anti-aging cream, and egg cells, as raw materials of the capitalist commodification of sexuality and reproductive system. The artist tries to show how the pharmaceutical industry, capitalism and pornography regulate and normalize subjectivity, turning individuals into bioports of political imagination.

At the opening of the exhibition Maria Gorodeckaya will read her new poems dedicated to the mentioned subjects.

At the opening of the exhibition Ruth Angel Edwards has introduced a new site-specific performance. It consisted of a DJ set performed by the artist herself, accompanied by visual material, problematizing our relation to the body as an object, the body as a machine and as a symbol of the body, generated in real time. In her performance Ruth Angel Edwards referred to the fetishisized female athletic forms, treating them as popular visual metaphors, deconstructing them and creating a new, confusing and bewildering space. Also on display are the artist's stereograms printed in the form of scrolls, which are the logical continuation of the performance.